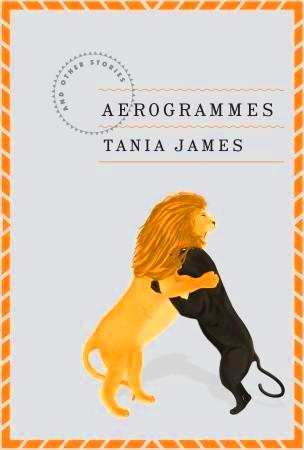 Tania James is a quiet writer of the human disquiet. Her stories are peopled by scarred humans, her wings spanning the tedium and tribulations of the stranded, the alienated, the damaged and the bereaved. They are often émigrés, many of them Indian, in the wringing merry-go-round of identity and assimilation. Bruised and forlorn, they are gasping for social, economic and emotional moorings in alien winds.

Treachery and trauma are recurring themes but her stories avoid turbulence by pushing the critical events off-stage, or dealing with them in subtle undertones. It allows the author to carry on the narrative staidly and lead the cast through the slow burning despair at the same time.

Lion and Panther in London, the first story of the anthology, begins exotically, taking us to the metropolis of 1910. Gamma and Imam are Indian wrestlers of redoubtable strength. Benjamin, the avaricious broker, foists them in London in an apparent challenge to the ruling world-champions. The two brothers stick to rigorous training with religious fervor, gloating in the vainglory of doing their nation proud, hoping to deflate the local contestants. Brothers gather the sensation caused by their presence from English newspapers that Imam can read. They soon smell the rampant match-fixing and fraud and find themselves shortchanged by the dishonest agent. The silent turmoil of the two wrestlers has been captured through a controlled inertia, characteristic of the author.

The author picks up a cheated wife, an illegal child and an uprooted chimpanzee for What to do with Henry. When Pearl is invited to Sierra Leone to adopt an orphaned girl from a hut in Bo, her mother having died of malaria, there is no fooling her who could have fathered the child. She not only retrieves the girl but also a baby chimpanzee being sold in the local market. She resolves to raise a new family over the deadwood of her earlier life. Pearl returns to America to face increasing rejection from her people while Neneh and Henry, the girl and the chimpanzee, struggle to establish their identity. The story captures their stoic suffering slowly but graphically to the breathtaking end. The portrayal of a chimpanzee’s psyche makes for a memorable reading.

The very symbolically named The Gulf describes the gulf that  time and distance have created between a husband and a wife, and a father and a daughter, when an Indian man working for a Sheikh in Gulf falls in love with a girl away from home. Aerogrammes deals with desertion of ageing parents in the American society and how an Indian son is as uncaring as the lot, leaving his father to find solace in an equally tormented woman. Ethnic Ken is the most poignant and complete story of a dysfunctional Indian family struggling to come to terms with life in Kentucky. Amy, a little girl, battles with racialism and isolation and her grandfather copes with the displacement and bereavement by breaking into a world of make-believe, confusing her with his dead wife. Light and Luminous speaks about a maestro of classical Indian dances, yearning to invoke the ghost of her youth in her fading years. Girl marries Ghost is a poignant, surrealistic story of a recently widowed woman who is coaxed into marrying a ghost. She gets the ownership of the sprawling estate and the cars of the deceased while the latter gets to haunt the world again. However, both of them find it hard to cope with the trauma of desertion and bereavement.

The protagonists of Tania James suffer from ‘toxic grief’ and unmoored identities. As one of her characters remarks how helplessness is like “the stars slipping farther and farther away, like everyone I loved”. Their struggles are compounded by the sufferings from within and without the families. The author duly empathises with their crises, without which it wouldn’t be possible to narrate the lives in such intricate details. However, she maintains a detached perch that allows her to continue without distorting other perspectives. She has a unique knack of underplaying the traumas without compromising on their intensity. The style allows her woebegone cast to stay afloat in the steady stream of narrative, rarely heavy or angst-ridden. She ushers the readers quickly into the scene with sharp, rolling sentences. “On the table between them rest a rose marble chessboard, frozen in play.  Raindrops wriggle down the windowpane. It is a mild June of 1910 and their seventh day in London without a challenge.” Her language is simplistic but expressive, capturing the essence of the moments and passage of time. “In later years I will come to avoid him, but for now, I am eight years old, and the man everyone says is my father is sitting in the living room.”  Her imagery is rich without being onerous, quickly imparting the scene. “Saffa gathered the baby into his large, awkward hands, its terror reverberating through his palms. Its head was smaller than mango, and its eyes were liquid and searching.” Occasionally, we run into dry, restrained humour that perks up the narrative. “My dad listened to Sister Lorraine’s concerns, stroking the ends of his mustache between thumb and forefinger, something I occasionally mimicked during class, though there was a single tentative whisker on the corner of my lip.”

Aerogrammes by Tania James presents an anthology that doesn’t hurl the reader into the next page itching for more. But its pages are replete with stories of contained turmoil that grow over the readers gradually, begging them to restart the journey often.