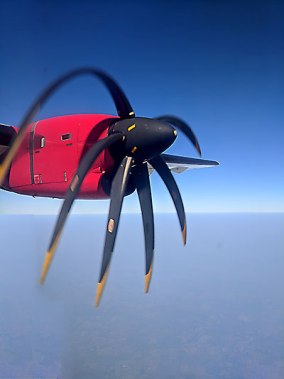 My muse is a furious fugitive from a foreign galaxy, not unlike the ‘intergalactic interloper ’Oumuamua’, who having orbited the fuzzy nebula of my brain is now poised for an exodus to unknown dark matters. In the years now a part of the intractable past, it has shimmered and faded in my synapses, charting a trajectory through clods of mediocrity, at times igniting sparks that sputtered out on a sheet of paper or the columns of a humdrum blog.

Unlike the alien asteroid, it is impossible to pin down the location of the object at the periphery of my consciousness, but it makes its presence known in most uncouth and complicated moments of my existence.  And before I can recollect my wits well enough to harvest the fruits, it is gone like a flash of fireworks in the night sky. Indian Railways, our redoubtable national carrier, was kind enough to bless me the other day with one such occurrence, when I was allotted the upper berth in a new generation 3-Tier coach for an overnight journey.

I am told the improvised Linke-Hofmann-Busch wagons do not end up in erotic positions as elucidated in pages of Kamasutra in case of an accident. The interior has been spruced up by doing away with pegs and protrusions. The windows have grown in size bestowing a cheerful disposition to the cubicles. But the primordial arrangement of bunks being fixed to the walls of the sections has remained unaltered to the core in homage to the original architect, which is not a bad proposition at all except when you are on the wrong side of your fitness and the algorithm of the supercomputer in charge of reservations decides it’s time you served time on the topmost bunk.

It was one of those moments, when fed up by the bawling infant whose young mother would rather attend to her social media groups, and disgusted by the audacity of Bihari Babu whose mobile phone was belting out lewd Bhojpuri songs at a high volume, I decided to eject myself into the stratosphere.  The ascent began easily enough, but my feet ended in a knot with the ridiculous tubular structure meant to be a ladder in the no man’s land between the lower bunk and upper bunk. My puny toes fumbled for a hold on non-existent ledges.  There was a grip high enough but to the far left of my body, hanging one-handed on to which I was supposed to hurl my heft several feet above into an acute angle to the right. The short rail fixed to the side of the berth to prevent the passenger from tumbling was a good way off from where I was suspended in mid-air, and unless I reversed the evolution of a million years and turned into a gibbon, all I could do was scratch the slippery slab of rexine with my right hand. I attempted desperate manoeuvres with alternate limbs to no avail.  More than frustration, I was gripped by shame as I had managed to draw the attention of the neighbouring sections. With one arm crooked with gripping the handle, I placed the free elbow on the edge of the berth but the torque I could generate in the position was barely enough to hold me in the spot. Mustering up the inspiration of a lifetime spent playing Prince of Persia, I reassessed the situation by flexing the hinges and couplings of my aging ship, rocking it up and down and from starboard to larboard, but there just wasn’t enough steam in the boilers within to hoist my torso above.

A bizarre childhood memory swept me even as I clung half-crouched to that position. It was a sunny winter afternoon when spurred by my biology teacher I had nearly caught a bullfrog alive. I was so close to the devilish amphibian I must have been breathing down his freckled back when he unfolded his massive legs and vanished into a hedge several yards away in one swift action. I wished I could turn the evolution clock even further back to the point when certain creatures of the ocean had decided to turn amphibians. But my legs refused to acknowledge the emergency like a pair of cows on the streets of Banaras.

By now my audience had swelled magically and countless necks were craning into the aisle down the two ends. The snickering was rising above the rat-a-tat of wheels and there was no mistaking the unveiled boos. The child seemed to have fallen silent in honour of the phenomenon underway, and the Bihari Babu had hit pause to his bawdy broadcast to pay closer attention to the tamasha. The young mother was probably shooting a video of the circus that would go viral the moment it was shared. And then something memorable happened without a forewarning.  A chill coursed down my spine and a hush fell upon the world as the overheated circuits of my brain cut off everything else. Within a heartbeat after that, what did I hear but my own ’Oumuamua murmuring to me as clear as a mountain stream in wilderness:

Above is the loft and below is the floor,
O son of bipeds, your miseries galore,
For you’re not a gibbon or a frog anymore;
Scant is the courage in that carriage of yore.

How the chariot of metal slithers and rumbles
away into distance as you dither and tremble!
Middlescent human, you’re far from the shore,
your Muse is the canoe, go fetch your oars.

It was an overwhelming moment for a scribbler who hadn’t written a piece worth his salt for a while. I could see my notebook sheathed in the handbag leaning against the wall at the other end, and all I knew at that moment was my fingers were destined to rain on the keyboard there and then. Casting my qualms to the stale wind of the compartment, I planted a leg into the supine form on the berth fixed above the window across the aisle. A blood-curdling roar emanated from the occupant I used as a springboard; the gurgling invective hurled in my general direction lingered like a whirlpool that had swallowed its victim.  But I had managed to achieve the critical mass needed to lodge myself into the crevice between the ceiling and the bunk. I quickly retreated my face towards the far end and lay still for several minutes and let the commotion die down.

I opened my eyes before it was too late and immediately noticed how the ceiling was uncomfortably close to my face. I realised the middle of the roof had been raised along the length of the coach forming a perpendicular vault. It seemed a particularly Indian innovation to facilitate yogic poses inspired by Baba Ramdev. Swivelling sharply, I crawled to a cross-legged position in the middle to fire up my notebook and begin typing furiously. As usual, several notifications popped up but they were the last thing on the earth I cared about. In my haste I dismissed an OS update box by clicking on ‘Restart now’ rather than ‘Restart later’, and Windows 10 went into a vegetative coma.

The train was trudging past the backwaters of beyond and Internet was rarer than air on Mars. No wonder then, the percentage counter of the ongoing skulduggery was moving slower than a snail in slow motion. Not for the first time, I pondered violating the explicit warning of not switching off the system while an update was in progress. Like Porphyria’s Lover, I remained frozen in the posture with the notebook nestled in my lap for long hours of the night, and she didn’t even have locks of yellow hair to wound thrice around her neck. Before she could wake up, the battery died on her quietly and the windows were neither closed nor ajar. But my ’Oumuamua had finally escaped the gravitational pull of the red dwarf in my skull, perhaps never to return, and yet God had not said a word.