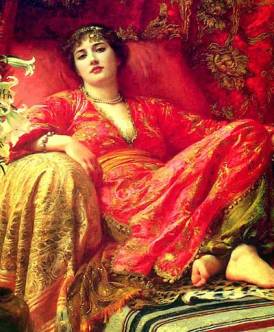 Yesternight, I was caught red-handed drooling at the Nikon photographic lens section of B&H Photo Video online store by the Moral Police, a.k.a., the wife. A chill befell freezing everything alive wherein the unasked questions hung in the mid air betwixt her eyeballs and mine:

Why must I be a photographer, if it doesn’t earn me a dime?

Can the family withstand yet another financial typhoon?

And the most incriminating:  If I can’t be a good photographer with the lenses I own, what is the guarantee that the fifth or the sixth piece of glass will make me a better photographer?

Hard pressed to produce anything meaningful, my vocal chords sputtered like a carburetor dying in the middle of a submerged street. I was reminded of Fra Lippo Lippi, the Victorian monk and painter, immortalized in Robert Browning’s famous dramatic monologue, who was caught wandering by the night guards at ‘an alley’s end where sportive ladies leave their doors ajar’ in a rather colourful section of the city at midnight. Caught in an apocalyptic moment in his life, Lippi burst forth against the hypocrisy of religious leaders who ordained that indulgence in human form and flesh was sinful, both in life and art. He forcefully argued how the cloistered life of celibacy imposed upon him was unnatural and against human elements, and how, he was actually being truthful to youth, life and nature.

Similarly, will the planet come to a halt and shatter if I falter at seductive displays of voluptuous glass and spend a lecherous moment or two at pages of such intent? More so, for a toothless tiger like me whose credit card limits can barely scrape the bottoms of a single pro-class Nikkor! Whether I’ll ever be able to lay my hands on the triumvirate of 12-24 f/2.8, 24-70 f/2.8 and 70-200 f/2.8 VR, and whether my pictures will hang in galleries of highest class across the continents, should not be a puzzle requiring the prowess of an IBM Deep Blue, but aspiring for the image quality easily achieved by the top class photographic lenses makes me work all the more harder with my paltry set of kit lenses and primes.

Thus, being the owner of kit-class balls, I quickly hit the ctrl-alt-delete combination and slipped in the permafrost of my bed, hoping to wander across the tabooed catalogues in eons of future, and quietly resolving to be a real photographer, someday.