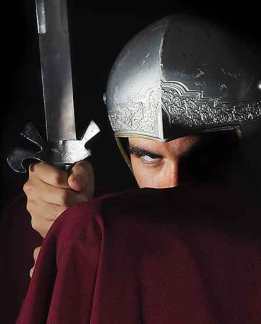 For the incredulous, yes it still exists. Of course, it has a different name. Dare me not to come clean. If I expose him here, he will be soon found floating in a pond full of frogs with a hole between the eyes. So will be I!

I’ll be loath to lose him, not just because he is a regular at my blog, even if incognito, but also since he is a dear friend. And there are times when he loses his composure enough to leave wisps of infinite wisdom on my outpourings.

Since it is not possible for me to tell by merely staring at my works if they have been scanned by the phantom, I call him over the phone after each new addition. I have no way of knowing whether my calls get monitored but I figure, these would be but minor irritants in the grand scheme of things. After all, I am just a moron hankering for readership.

The telephonic connection with him is instantaneous. But all that comes across is peals of laughter, in measured waves. The cacophony is an impregnable Niagara, refusing to yield even an iota of his thoughts. ‘Carry on’, is all that is offered, in between short pauses.

We became friends many years ago when fate brought us together in a computer training institute called Nut-IIT. I was there to collect a certificate to help me cement my place as a Research Assistant in IIM Lucknow where I was a contract employee. I was already well-versed in what was expected of me at the workplace packed with cutting edge technology. But the absence of an academic stamp on my scientific acumen had started affecting the prospects of a secured livelihood adversely. Of all the popular outlets dispensing wisdom of computers in those times, Nut-IIT had the reputation of attracting the cutest of girl students. This simplified pinning down the goal to a huge extent. However, course prices were steep, forcing me to fall back on the distinctly middle class pockets of my parents.

Chhotu, on the other hand, had barged through the annual talent discovery competition organized by Nut. At the time, he was already enrolled in a Bachelor’s course in the Government run engineering college, a fact which he conveniently hid. His college laboratory had a bunch of ancient computers that refused to wake up from their collective coma. He was apparently looking forward to racking the brains of the fancier machines at Nut.

We both landed in the late evening class. There he was sitting trying to look small but small he was not. He was tall and so was his face with well defined features and piercing eyes. He spoke at a rapid pace in a guttural voice that spouted approximately twenty words per second.  Since we were the only occupants of the farthest bench, the instructor looked at me helplessly when Mr Chhotu proceeded to introduce himself.  I was nearly dozing out when the rat-a-tat of the introduction hit my eardrums with the clarity of crystals falling on floor. Although I was not supposed to, I proceeded to relay it to the amazed gathering with the finality of a gong, “My name is Maximus Decimus Meridius, Commander of the Armies of the North, General of the Felix Legions…!”

Soon, however, I discovered that folks would address me when they actually wanted to speak to the tall man. Worse, they expected the answer too, from my mouth in a simpler language. It being a computer institute, I was quickly identified as the input-output device of the rather fearsome pupil.

The evening classes turned out to be a test of endurance to both of us for reasons more than one. Firstly, we were easily more informed than the instructor himself who would frequently seek our guidance on subjects he was expected to teach us. Secondly, writing routines in COBOL felt akin to trudging from Shanghai to Timbuktu on a bullock-cart. Lastly, and importantly, girls stayed clear of the classes terminating into nights, for perceptible reasons. This was why then, I and Chhotu, plotted to transcend ourselves to the afternoon sessions which were choking to death with girls. Also, this was how we rammed into Nalini, the cold, blood-sucking vampire of the Nut.