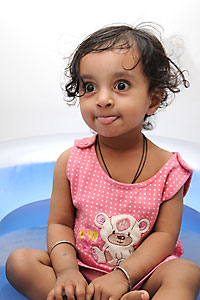 Recently, one of the myriads of non-descript crevices I keep drifting in on the net, ‘officially’ charged me with ‘flaming’ for a rather mundane discussion on competing models of Nikon and Canon cameras. Funnily though, the Original Poster of the thread was rather thankful to me about the suggestions I’d made. I was amused and perturbed at the same time as I’ve been a netizen since the text-only days of the Internet and I take pride in my netiquette. All along, I have carefully chosen my words, syntax and ideas, and thought twice before hitting the Post button. I am sure most folks will be hard put to recollect a single instance where I may have rubbed a co-participant the wrong way, leave alone ‘flaming’.

Now, those who know me well will tell you how impassioned I may get while defending my beliefs.  One of my seasoned friends and a senior tirelessly exhorts me against the hamartia. However, even he would admit that it takes some knocking to get me worked up and start spewing flames on the adversary. The source of consternation in the aforesaid incident, therefore, was neither the absurdity of the charge leveled against me, nor the absence or presence of worth in the models of certain brand, but the unwritten ‘rules of the forum’ which implied that the participants, lowly beings that they were, dare not raise an eyebrow to the cloths of the Emperor, a.k.a. the Administrator. And since the Emperor chanced to be the owner of certain brand of photographic equipment, anyone found even breathing against it would be charged with Capital Crime!

Since the summons had arrived in a private message, and it was condescendingly pointed out to me too, I offered that the proceedings be held in open court, in full public view of the participants of the forum. The appeal vanished as soon as it was posted, quite like my earlier ‘flaming’ expressions. Frustrated, I posted a ‘Goodbye’ message for the benefit of the odd sympathiser, who I believed had a right to the knowledge of my impending future disappearance. This also vanished as if charmed!

Well, the moral of the story is that while in the dingier sections of the fishmarket, you not only have to love the Administrator’s Dog, but the entire present, past and the future clan of the Dog! Fortunately,  few keystrokes away from the vain fiefdoms, I can surrender myself to the grace of communities like Photo.net. And although I have no plans of embracing silence anytime soon, words from an old poem by T. S. Eliot well up in my mind from nowhere:

Those who sharpen the tooth of the dog, meaning

Those who glitter with the glory of the hummingbird, meaning

Those who sit in the sty of contentment, meaning

Those who suffer the ecstasy of the animals, meaning

Are become unsubstantial, reduced by a wind,

A breath of pine, and the woodsong fog

By this grace dissolved in place….