The nation today was exposed to the information from nothing less than the Ministry of Information and Broadcasting, or, as they say, straight from the horse’s mouth: “SBI is facing a situation where most of its branches and those of State Bank of Indore are competing for the same business, in the same market, under the same brand. This has prevented SBI from fully exploiting its brand equity for driving business growth”. 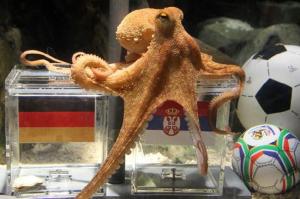 Never heard such candid and succinct diagnosis of a ‘situation’ from Oracles of New Delhi before! Remedy advised though failed to impress my weak mind. If internecine competition is indeed a ‘situation’ with the State Bank Group, the mighty wizards have successfully knocked off the tip of the iceberg by merging State Bank of Indore, and State Bank of Saurastra, earlier. What lies beneath, however, is a massive residue of five more State Banks, namely, the Bikaner & Jaipur, Hyderabad, Mysore, Patiala and Travancore. I am sure, by the same token, they may cause discomfort not only to SBI, but among themselves too. Ironically, the group is also facing a shortage of human resources that can be easily pooled for the common cause.

I have long given up writing, nay, thinking, on merger of Associate Banks. But the sudden flash in the pan plucked me long enough from the blinkered drudgery of life to nod my head in approval. It’s kind of reminiscent of Spain’s goal against Netherlands in the 116th minute of the World Cup final when almost everyone had given up on Paul’s prophecy.

So long folks, till the Octopus catches another associate competing with the SBI!