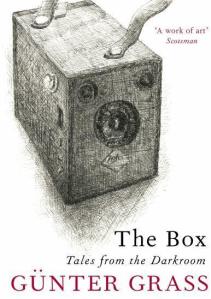 Günter Grass is a versatile artist, a colossal literary, cultural and political figure of Germany. He has been a recipient of several high prizes for his works, including the Nobel Prize for Literature in 1999. More than that, he has been the soul-searcher, the conscience-keeper and the moral anchor to German ethos since the demise of the Third Reich.

Grass stormed the literary scene in 1959 with his sensational work The Tin Drum, a novel set in Nazi Germany. The book is an allegorical rendition of the insidious and criminally myopic regime that pulverised Europe in the decades preceding the Second World War.  It was to be followed by Cat and Mouse and The Dog Years; the next two instalments of the Danzig trilogy.

“Once upon a time there was a father, who, having grown old in years, called together his sons and daughters –four, five, six, eight in all. For a long time they resisted, but in the end they granted his wish. Now they are seated round a table and all begin to talk at once, all products of their father’s whimsy, using words he has put in their mouths, yet obstinate, too, determined not to spare his feelings despite their love for him.”

The scene recurs across the nine chapters of the book. The fictional meetings of his sons and daughters project the thinly veiled guilt of the author for failing his children and wives, being consumed by literary and political obsessions. He kept retreating under the eaves to the company of his typewriter and alternately vanishing on his political missions even as the family went downhill ‘till there was nothing more to be done’. The details are unsavoury enough to be overlooked by mature subjects and it forces Grass to downscale the children, some of which are adults in their senior years now, to whimsical quasi-caricatures. “But what does it mean to be adults? Regression is permissible.” The act also puts Grass on his favourite pitch.

Regressed and self-stunted characters are Grass’s forte. The conceit allows him to unleash characters who can sail through the sombre and the ominous on wings of sarcasm and dark humour. So his five sons and three daughters regress to their childhoods, remembering the quarrels and bickering, joys and sorrows, neglects and miseries.  Apart from the celebrity father, they keep reminiscing about Mariechen, the photographic chronicler of the family with her Agfa box camera.

“The air quivers with things unspoken. Only gradually do the brothers and sister wend their way into the confused tangle of their childhood. Their speech regresses, sometimes animated, sometimes irritable. They insist that their feelings are still hurt.”

However, none of the children admits to being victimized and damaged by their father’s fame. They remember how they moved to a spacious house after he succeeded with his book. They are apt to defend him for the days when he increasingly came to be attacked for his successive works. They detest the people who made him work through all that Nazi shit, “everything he knew about war, the things that terrified him…. Then, when the country was in ruins, how he had to clear rubble, and the growing hunger.”

Grass has employed the character of Mariechen, his family friend, based on Maria Rama to whom the book is dedicated, to a remarkable effect. The brooding, quirky photographer is a common factor right through the bunch of wives and children.  Her camera is as omniscient as she is omnipresent in the family, snapping away at Grass’s behest or her own sweet will. The box has miraculous powers of digging up history and projecting the future. It can read desires and wishes and reprimand too. Countless prints from the camera crowd the author’s desk, kicking off memories and remonstrations, kindling insights and inspirations. Dark, decaying, shuttered up and war-ravaged apartments turn up with windows draped in white curtains in the final print, the sun streaming through on potted plants and birdcages with canaries. Putrefying kitchens turn up with sumptuous food. Children frolicking in bunkers by a riverside are metamorphosed into soldiers complete with helmets and gasmasks by Mariechen’s box. Children attempting at raucous music in a basement appear on stage a la Rolling Stones, fan mobs and all. The box becomes an ingenious tool to project the unfathomable devastation caused by the war, a mourning of gratuitous death and decay of a culture and its followers. It prophecies probable future of children with disturbing clarity. This prescient box with a few screws loose is nothing but the author’s own vision and at times a mirror to the society.

The Box is a clever work of an author and a political activist who charges and defends himself at the same time in his twilight years. The jury of ‘regressing’, snapping, biting and bantering bunch of children does take cognizance of Grass’s neglect of his family and his extra-marital liaisons but sets him free without strictures. Again, the jury not only brings up glimpses of Germany over a period of time and Grass’s disapproval of events like the coming up of The Wall, it upholds his views too. “I assume the media jackals wanted him to write about the past and not about the present.”  Their reproof is an atonement of sorts for his excesses. Their reminiscences are often proclamation of his emotions and at times, explanations of his stances. The central voice of The Box then, is that of Günter Grass himself who, unlike the hero of The Tin Drum, having taken a conscious decision to grow up, decides to put a few things in perspective.