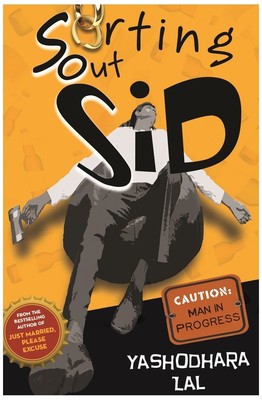 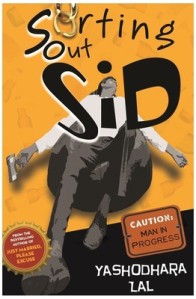 A man may put his foot in his mouth once in a while and then a man may stick it there forever. Can it get weirder than that? What if that lean, clean-cut, boyish man of 36, with carefully gelled hair and a Black Panther tattoo on his arm, is a blathering oaf? A henpecked hero who is a social conquistador of sorts, fixated to his sophomore days, he has rarely uttered a word without getting into some sort of soup. If there is someone the protagonist of ‘Sorting out Sid’ reminds me of, it is none other than Stanley Ipkiss of that fabled comic tale, minus the Mask.

We have a confident man in Sid here, a loose cannon who shoots from the hip and repents sparingly. The life of this denim clad debonair is inextricably tied to toilets. He is well placed on the corporate ladder of a company known for its pot cleaning liquids. Funnily enough, his desk is set close to the washrooms and he endures a recurring trauma of people shaking his hands moments after using the loo. He has fallen out with his wife who is a haughty virago, fiery as they come. The gummy HR manager at his office is foisting herself on him because he is being promoted to a VP. His long standing Buddy-boy ‘Adu’ is a married woman and a mother, wary of his gags and goof-ups. Soon, he’d run into a giggly, plump siren who drives a yellow Honda car, and be drawn towards her. Yeah, man, life can get messy and tangled.

Seemingly, Sid is not without a set of his own masks and he keeps switching among them with varying degrees of success. We learn there is a ‘Work Sid’ and a ‘Party Sid’ and so on so forth. What comes unstuck through those turncoat acts is his penchant for getting into trouble after trouble, gaffe after gaffe, and cascades after cascades of verbal faux pas. The scriptio continua of comedies vacillates between the hilarious and the slapstick, with that occasional dash of the fantastic too. Don’t be shocked if an emaciated old man on a rickety bicycle overtakes a well-meaning Japanese hatchback.

The book is not without an undercurrent of darker stuff. Fragmented families and homes lurk just under the surface of the bubbly façade of the characters. Mounting selfishness and crumbling morals may point to a transience in society or a decadence in age-old mores, depending on the view one takes. Fifteen years on from his marriage to Mandira, Sid is not ready for fatherhood, a fact that has estranged her further. She could be sleeping with one of his best friends who is married to someone else, right under the cumulative nose of the two families. However, the dominant vein remains determinedly comic and that is where the ‘Sorting Out Sid’ may seem running into trouble.

The words uttered by Sid to his favourite beanbag in what is one of the climactic moments of the story are revelatory. ‘You know why I love you so much, Brownie?’ Sid slurred. ‘You are such a good listener. You don’t judge. You don’t preach. And you are never going to sleep with my wife. Or leave me without a knife.’ He was delighted and sat up a little straighter. ‘That rhymes!’

Eventually, he’d stop looking at his ex-wife as the fulcrum of all his woes, past and present; he’d feel responsible and free. But unlike Stanley Ipkiss, who found in the end that he didn’t need that potent Mask to sort out his life, and therein lay his redemption, what is it that Sid must drop or embrace to achieve absolution? Is the mess in his life a cause or an effect of his demeanour? I wish we had a bit more of Mandira to throw some light on the unfinished business.

Does the cheerful author have a sequel up her sleeve? I can read it!