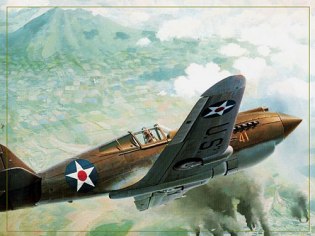 Mark pulled level at three hundred feet. He had flown enough around to know no hollong tree grew up that size, giants that they were. Buffeting was nasty so close to land and it was going to get worse when they would pull up into the mountains. Flying low and fast helped clear the rice wine fog from his brains and primed him for the perils of the Hell Pass. Scaring the crawlers of the earth briefly was an added sweetener.

Back in the cargo, the strategic services squad sat facing each other on the ramps fixed under the windows. Amar could see the forest tilting this way and that way through the holes and then dropping out of vision. He had been airborne only once before on a glider from where he had to be brutally shoved downwards. He still remembered how his legs had trembled, how he had free-fallen for long before he remembered to pull the chord of his chute. He wondered why the plane would not go up and got worried they would crash in the jungles. He hugged his clasped fingers to his chest, closed his eyes and remembered his long gone mother -a face of no certain contours but girlish, her hair tied in scarlet ribbons, always. Sometimes it bore the frown of a girl he’d chanced upon the street the day before, sometimes it smiled. He was born when she was only fifteen and she was gone by the time he was five. He had never met his father who had fled to Burma while he was still crawling. He found his way to Rangoon with a crook from Calcutta who sold him to a merchant in that city. But the father was never to be found.

A sharp plunge doffed Amar’s skull and he stiffened. The plane lifted in a steep incline the next instant. He puckered up his lips and his whistling rose clear and strong over the pulsating whine. The childhood reflex had followed him into manhood. He had always whistled to overcome his fright and loneliness, both of which he had had aplenty. The first time when Vernon had heard him, he’d said Amar had bagpipers for lungs! Vernon was an avid whistler himself and had a rich stock of tunes in his quiver. Amar was quick to learn ‘Chattanooga Choo Choo’ from him and this was what he was warbling now in a shrill, haunting tone. Vernon smiled and lightened up visibly, joining the whistling after a few bars. Halfway through the chorus grew, someone was keeping the time noisily.

Gusts gathered force as the plane gained altitude. Charlie got worried at the huge clouds swirling ahead. He kept darting looks at Mark.

‘You don’t wish one upon us,’ Charlie said.

‘Damn the Indian in the cargo!’

They dropped sharply to beat a shelf but hit it anyway.

‘What’s wrong with him?’ Mark asked after sometime.

‘Beats me! But then still, they are bizarre —black magic people. But the clouds look much more ominous today.’

‘No pilot worth his salt hates clouds.’

‘But I do hate barging into the eye of a thunderstorm.’

Mark’s eyes were glued to the swirling mass of grey-black straight ahead. Charlie suggested they call off the mission. Mark said it was too late for that and why not they just held the kite instead. Just about at the mouth of Pangsau Pass, a bone-rattling thunder followed a blinding flash. The plane shuddered like feather and rolled for a while.

Now they were yanking the controls to pull up to a height but the plane would just pitch and stall, pitch and stall. Suddenly, they began losing altitude fast, pancaking into the valley.

‘Not a downdraught now!’ Mark hissed under his breath.

For a while they kept hurtling below like a shell shot downwards and all they could do was to keep the plane straight, teeth clenched. Mark could sense the ridge rising fast through the swirling haze. He frantically attempted an upward lift banking clear of the peak but the right wing grazed off the jutting with a loud clang and its tip was gone. The plane turned over and a chunk of its roof ripped open by the next impact with the tapered edge. It rolled over a few times as it flew past the long ridge and spun in the direction of the winds.

The gale seemed to lose force miraculously after that. Mark was amazed to find his hands still holding the yoke and his feet planted on the pedals, amidst the fast dwindling jolts. Alarms were buzzing like a hundred bees, hydraulics were gone. Charlie was slumped with his head in his hands, blood seeping through his fingers.

‘Charlie! Get up, Charlie!’ Mark found his voice, ‘You can’t chicken-shit like that.’

‘Am I alive, Jesus Christ?’ Charlie croaked. ‘Never again the wine of rice —damn the eyes that slant!’

‘Hola, Shakespeare! Can we just try and keep flying?’

‘Have we cleared the Pass already?’

‘We’re headed back to Dinjan with the storm instead!  Now if you could check out the belly back there… something’s not right.’

‘Like hell there will be when we bang the damn hills.’

Charlie rose heavily, cleaning his face on his sleeves. He shook like a leaf as he opened the door. A wave of roaring numbness hit the cockpit as he stepped out. He stumbled in after a long time, ashen-faced and shivering. ‘They’re gone, Mark! Except the Indian and Lt Brown —his foot all mashed up— barely clinging to the floor of the cargo —and there is smoke billowing past the bay door!’

‘There is no bay door back there —and a chunk of the roof is gone too.’

‘They said the roof near the bay door blew away with the crash. And all that smoke! Damned something is on fire.’

‘Holy Wonderful Shit! No wonder the controls are half-stalled. Boy, tell them to jump!’

Mark thought this over.

‘Ever heard the two of them whistling together?’ Mark said jerking his thumb towards the cargo. ‘Let the two go to Chattanooga Choo Choo, Charlie. We’ll go with the Gooney Bird!’

Continued in Planet of Gibbons