Creative chemicals are on high tides and they may just about break all embankments. For I can rarely envision my next post so close to the previous one and here I am hammering out the keyboard as if there’ll be no Internet tomorrow!

After seething silently and simmering with consternation for a fortnight since the Supreme Court magically transformed the coveted death of a putrid criminal to life, I forced myself to sit and type out ‘Death of Deterrence’. It was an arduous task and right from the onset I was skeptical of my capability of picking up the somber threads and weaving them into a worthwhile message. I obviously failed in my desperate enterprise if the sorriest traffic I ever received after a new post is anything to go by. Moral of the story? (1) I am disgusted enough already to put out a coherent, well meaning post; or (2) People are shocked enough already and they don’t want to be reminded of the grisly shades that our society has fallen to (the theory of denial, you see); or (3) both 1 and 2.

I can already he

ar the unasked question why am I not doing something which I do better, viz., taking a photograph or writing about the next top shooter who switched to Nikon?

Well, here is a good photograph that I took recently. Cheerful, isn’t it?

And David DuChemin is ditching Canon (the rhyme and alliteration are accidental). Even if he tells you that he is not a Canon Shooter or a Nikon Shooter. He is a photographer, that’s all. Brands don’t matter; photographs do. And even when he tells you he is keeping the Canon gear, he is switching to Nikon. Hair bristling details lie in what ‘sealed it’ for him: the vastly superior ‘ergonomics’, ‘focus’, ‘low noise in low light’, ‘looks’ of the photos  and so many ‘small things’ not so small. 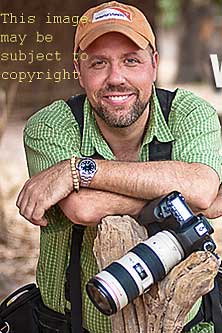 The difference that a high quality gear makes is certainly beyond contests. One big reason why I never bother the camera on my Motorazr V8 is that if ever I get a good picture using it, I’ll kill myself cribbing why I was not there with my DSLR in the first place.  Of course I belong to the school of photography that believes in ‘when not to take a picture’!

Here is the complete thread of David DuChemin’s (ditching and switching) and I’m grateful to Nikon Rumors for the lead. I am already a fan of David’s India, Venice and other galleries. Hope you’ll enjoy his images more now that he’s adopted great gear. And like all inspiring photographers, David is a great teacher too.